Ben and Kenji talk about Ernesto and John. But…what about Hurricane Kenji?!

This week’s episode also has clues to a World Treasure Hunt! The first person to locate the treasure and use the correct key, (the serial number on the $20 bill in the treasure chest), will unlock the second round of treasure hunting for everyone! 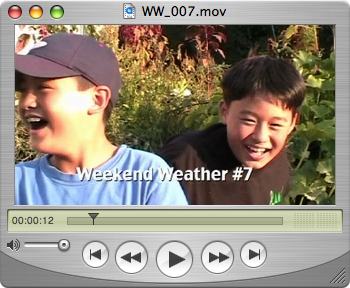 The Boys and I have been having both a challenge and a blast putting Weekend Weather together. We spend time together to research the upcoming show, write the script, and getting it produced. I’ve been doing the editing so far, but it looks like they want to try their had at it as well.

The show is a day late this week. Our “talent” went on strike! On Friday after school we put all of the elements together for the show. But something was missing. We weren’t having fun! We decided if we weren’t having fun, why do it? As you can see from this episode, it was best to hold off for a day.